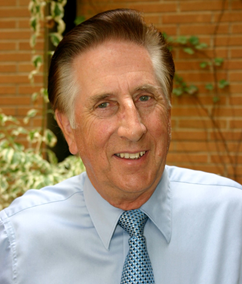 It is with a heavy heart that I write to inform you of the passing of Professor Antony (Tony) R. Orme.  Professor Orme received his undergraduate degree and doctorate from the University of Birmingham and served at UCLA from 1968 to 2010 as a faculty member in the Department of Geography. Upon official retirement he quickly rejoined the ranks as Director of the UC White Mountain Research Center from 2012 to 2016.  This is almost half a century of dedicated service to UCLA.

Professor Orme was a geomorphologist and worked in a number of systems – literally from the mountains to the sea. He was particularly fond of coastlines. He was also keenly interested in the history of geology and geomorphology and published scholarly pieces on that topic.  A very astute synthesizer and editor, Professor Orme served as an editor for a number of journals, books and book series. In addition, Professor Orme was a gifted cartographer and scientific illustrator who could visually bring to life the objects of his study. During his career Professor Orme not only rose to the rank of Full Professor, but was Chair of the UCLA Department of Geography from 1974 to 1977. He was then appointed Dean of Social Sciences from 1977 to 1983.   His final administrative role, as Director of the UC White Mountain Research Center, was nothing short of transformative. At the Center he undertook a highly successful reorganization and renovation of operations and facilities.  With multiple research stations,  extending to over 14,000 feet in elevation, this would have been daunting to many.  He tackled it with gusto. Professor Orme’s achievements at the White Mountain Research Center was in many ways an incredible capstone to a distinguished career of research, education and service.

One of Professor Orme’s greatest contributions was as an inspiring teacher and mentor of graduate students.  Over his career at UCLA he supervised over twenty doctoral dissertations.  Undergraduate and graduate students who took his courses decades ago still recall their time with him fondly, particularly if they were fortunate enough to take a field course. His geological and geomorphological knowledge was encyclopedic and his enthusiasm infectious.  Professor Orme will be greatly missed, but leaves a rich and enduring legacy of achievement.

Professor Orme is survived by his wife Amalie, a Professor of Geography at CSU Northridge, his sons Mark and Kevin, and daughter Devon. His daughter, who is an Assistant Professor of Earth Sciences at Montana State University, recently gave birth to a daughter.  No information on a memorial is available at this time.