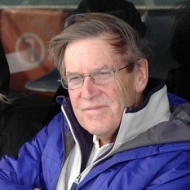 He is an Honorary Fellow of the Royal Society of New Zealand and in 2003 he was inducted into the American Academy of Arts and Sciences. In 2005 he was elected to the US National Academy of Sciences and in that year he also received the Decade of Behavior Research Award for research that influences public policy. In the past ten years he has lectured and taught in Europe, New Zealand and Canada and in 2011 held an UK Economic and Social Research Council Fellowship at the University of St. Andrews, Scotland. He was a Benjamin Meaker Research Fellow, at Bristol University, United Kingdom in 2014. At the Association of American Geographers meetings in 2018 he was awarded the Lifetime Achievement Award.

His research focuses on mobility, migration and housing choice and housing outcomes. Each of these areas continues his long term interest in demographic change in large urban areas. He has published extensively on models of residential mobility and the sorting processes that bring about residential segregation in the urban mosaic His research is focused on how demographic changes and specifically the spatial outcomes of both internal and international population migration change neighborhoods. The edited volume, with David Clapham and Ken Gibb (The Sage Handbook of Housing, 2012) brings together work on residential change, housing choice, housing markets and policy issues on the future of housing. A forthcoming book reviews recent research in Housing Studies.

His studies of immigration and its impacts both on places and on the immigrants themselves are set out in two books, The California Cauldron: Immigration and the Fortunes of Local Communities and Immigrants and the American Dream: Remaking the Middle Class. The California Cauldron focuses on the impact of immigration on California, and Immigrants and the American Dream examines how immigrants have transformed themselves as their life courses intersect with the American mainstream. Both examine the way in which immigrants change local communities and how they succeed in their life course trajectories.

His research has provided insights into the role of preferences, discrimination and public intervention in creating the ethnic and racial separation in America’s large urban regions. He published some of the first papers to formally test the 1971 Schelling model of choice. The papers showed that the theoretical tolerance distributions outlined by Schelling theoretically could be generated from survey data. Most recently the Schelling model was translated into an agent based model with survey preferences as the basis for the predicted outcomes.

He has participated as analyst and expert witness in the major desegregation court cases which took up the question of how we can understand the patterns of ethnic and racial separation in large US cities. The presentations and discussions were often contentious but they were an opportunity to bring demographic analysis into the court room and test the ideas about segregation and separation in both a demographic and a legal context. These presentations in Dowell (Oklahoma), Pitts v Freeman (Georgia), Swann vs Charlotte-Mecklenburg, and Jenkins (Kansas City) were based on demographic research on residential sorting and residential selection using surveys and demographic models.

My research over the past two decades has been concerned with the internal changes in US cities, especially in the changes that occur in response to residential mobility and migration. I have conducted both micro scale and individual studies of tenure choice, and large scale studies of demographic change in the neighborhoods of large metropolitan areas. The latter studies examine the nature of the population flows between cities and suburbs, white flight and the impact of legal intervention on the urban mosaic. I have also been particularly concerned about the relative roles of residential preferences and housing affordability in the way in which segregation has emerged in metropolitan areas. I am currently investigating the interaction of class, race and geography in metropolitan areas, as well as continuing my studies of how residential sorting structures the urban landscape.

Over the past four decades I have pursued research in three areas – first, studies of housing choices, and as part of those investigations how the life course paradigm helps us understand both the choice of whether to become an owner and where to live; second, the analysis of patterns of segregation and their explanations including studies of the relative roles of status and preferences as explanations for the patterns we see in the urban landscape; and third, studies of migration and mobility and labor force participation.

The important papers within the research on residential choice include studies of tenure choice, summarized in a 1996 book Households and Housing: Choice and Outcomes in the Housing market. Rutgers University, Center for Urban Policy Research, and a series of recent papers which examine the decision to move and the decision to stay. Using a life course conceptual structure a book, and a set of papers show that households change residential locations in response to a series of internal and external triggers. The underlying conceptualization of the work on mobility and choice is the central concept that housing decisions are related to progress through the life course . At a macro level the research documents how choices and constraints generate residential selection and neighborhood sorting.

W.A.V. Clark and Regan Maas (2015) Interpreting migration through the prism of reasons for moves. Population Space and Place 21 54-67 ONLINE 2013

W.A.V. Clark and William Lisowski (2017) Prospect Theory and the decision to move or stay. Proceedings of the National Academy of Sciences.

Patterns of segregation and the social organization of the city

theoretical tolerance distributions outlined by Schelling in his study of preference could be generated from survey data. Additional work showed that preferences varied by education, income and age. Most recently the Schelling model has been translated into an agent based model with survey preferences as the basis for the predicted outcomes. More recent collaborative research has both extended studies of segregation and developed new methods of measuring segregation.

W.A.V. Clark  and Mark Fossett (2008) Understanding the social context of the Schelling segregation model. Proceedings of the National Academy of Sciences, 105,4109-4114.

A large research literature has focused on migration as the engine of job search. The view from economics emphasizes the process of migration as one which is motivated by job opportunities and wage gains. While there is some support for those studies it is increasingly clear that migration is much more than a search for jobs and in the complex world of two earner families, and high levels of labor force participation by women, there is a need to rethink the explanations for regional migration and residential mobility. It is also clear that average outcomes do not provide a realistic picture of the gains from migration.

W.A.V. Clark and Regan Maas (2015) Interpreting migration through the prism of reasons for moves. Population Space and Place 21 54-67 ONLINE 2013

Martin Korpi and W.A.V. Clark (2015) Internal Migration and Human Capital Theory: To What Extent Is It Selective? Economic Letters 136:31-34.

In the past three years I have explored the application of my life course approaches to housing and residential choice in the large and transforming Chinese housing market, including studies of access, subjective wellbeing and fertility.

Honors Award of the Association of American Geographers in 1987;
Belle van Zuylen Professorship of the University of Utrecht in 1989,
Doctorem Honoris Causis, University of Utrecht in 1992;
Fellow of the Netherlands Institute for Advanced studies in the Humanities and Social Sciences 1993;
John Simon Guggenheim fellowship 1994-95;
Elected an Honorary Fellow of the Royal Society of New Zealand 1997.
Elected to the American Academy of Arts and Sciences 2003
Elected to the US National Academy of Sciences, 2005